Caves of the Elephants

June 30, 2019
Elephanta Caves are a World Heritage Site and a collection of cave temples dedicated to the Hindu god Shiva, with a lot of Shivalings.

They are located on Elephanta Island, or Gharapuri (literally "the city of caves"). It is about a 1 hr boat ride from The Gateway of India.

Living in Mumbai for more than 30+ years i had never visited them and so was the case with my girl friends !!
So we three decided to go and visit it, like a check mark to our list of things to do in Mumbai :P 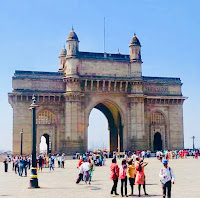 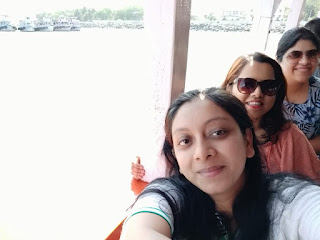 There are a lot of local hawkers selling variety of things on the way to the caves, which is about 120 steps up hill.

The caves are mostly damaged, but still recently a lot of restoration is done and there are guards kept to ensure people do not misuse things.
There are a lot of people trying to be guides, however it is better to read up rather than spending money on the guides. 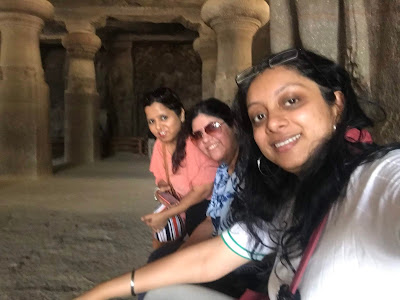 The three faced statue (Trimurti) is the most beautiful and considered a masterpiece. Shiva the Hindu God has always been a fascination for me and i like reading about, hence some details on this object d'art. 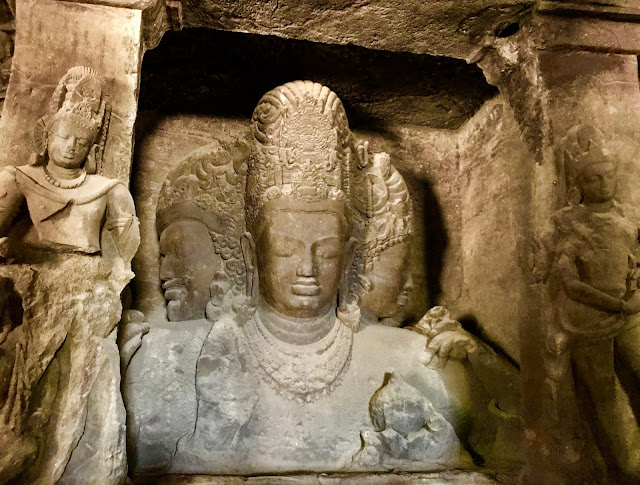 This statue is also known as Sadashiva and Maheshmurti. The image, 6 m (20 ft) in height, depicts a three-headed Shiva, representing Panchamukha Shiva. The three heads represent three essential aspects of Shiva: creation, protection, and destruction. As per another version, the three heads symbolise compassion and wisdom.

The right half-face (west face) shows him holding a lotus bud, depicting the promise of life and creativity. This face is symbolism for Brahma, the creator or Uma or Vamadeva, the feminine side of Shiva and creator.

The left half-face (east face) is that of a moustached young man. This is Shiva as the terrifying Aghora or Bhairava, the chaos creator and destroyer. This is also known as Rudra-Shiva, the Destroyer.

Lastly the central face, benign and meditative Tatpurusha, resembles the preserver Vishnu. This is the Shiva form as the "master of positive and negative principles of existence and preserver of their harmony".

The three-headed Shiva are his creator, preserver and destroyer aspects in Shaivism. They are equivalently symbolism for Shiva, Vishnu, and Brahma, they being equivalent of the three aspects found in Shaivism. 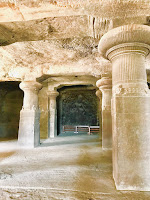 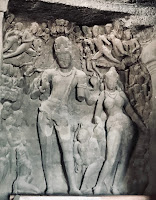 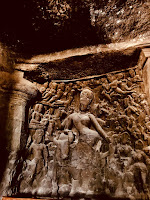 At the max one can spend an hour here and return back by boat again to gateway of India.

Popular posts from this blog

April 13, 2007
So finally even the last semester got over !!! wht can i say three years of full fun n masti all over!! but one gud thing we hav the best memories ever and even when i rite some of them here i am sure each one has a new tale to tell u each one has his own view and may be i may nt remm and put down all wht i feel as i am sure there is much more than jus the things i rite so lets nt waste time and let me begin coll starts i am yet nt sure wht to do enng or bsc . going to coll meeting new ppl having fun first person i talked to was kavita then we start regular coll everyday some new faces everyday some friends leaving n going still enjoying we meet our seniors they hav kept a freshers party for us plead us to come we as freshers r scared so reluctant didnt know wht fun we missing jus a few ppl of abt 15 said yes party was arranged , i had nt been there but i still remm tht day when party was arranged we had no lecs so all of us started to play dum sharas in class nt jus 4-5 but a lot of
9 comments
Read more

What Our President Wants To Tell Us...Do Read It!!

May 01, 2006
Was thinking wht to rite my blog and wht a topic i get to rite its abt our president and his views abt our country i totally agree with this hope u too agree.. do take time and read it.. A very thoughtful speech from the President of India A very thoughtful speech from the President of India......... It's very long but worth spending 15 mins. The President of India DR. A. P. J. Abdul Kalam's Speech in Hyderabad. Why is the media here so negative? Why are we in India so embarrassed to recognize our own strengths, our achievements? We are such a great nation. We have so many amazing success stories but we refuse to acknowledge them. Why? We are the first in milk production. We are number one in Remote sensing satellites. We are the second largest producer of wheat. We are the second largest producer of rice. Look at Dr. Sudarshan, he has transferred the tribal village into a self-sustaining, self-driving unit. There are millions of such achievements but our media is onl
1 comment
Read more